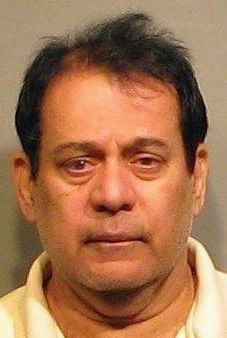 Full Article can be read at Eric Aaron

Savage, MN car-dealer, Eric Elijah Aaron was convicted of Fraud for submitting false information on his State Taxes.  On Dec. 19, Judge Christian Wilton sentenced Aaron to three years of probation and 30 days in jail, though Aaron can avoid spending time incarcerated if he pays restitution prior to his report date, which is May 1. Aaron owes $609.61 in restitution, in addition to court fees. Aaron has a history of shoddy business practices. Since 2005, Aaron been convicted on charges related to auto deals in Minnesota on six occasions. His most recent auto-related conviction was in 2015 for theft (intent to exercise temporary control) in a case in which Aaron bought a car from a client only to have his check bounce. In that case, Aaron did not return the car until police got involved, and when he did, it had 5,000 more miles on it than when he got it, and it was inoperable. Aaron also was convicted in 2015 of theft by false representation in a case in which he tried to sell a restaurant that he did not own. The Savage Police Department has received numerous complaints from other customers of Aaron’s over the years. Aaron previously operated Recycle Cars Minnesota LLC in the same location, which had a grade of “F” from the Minnesota and North Dakota Better Business Bureau when it closed in 2013. Auto Unlimited Minnesota has a grade of “A+,” though it is not accredited. Aaron used to be listed as the owner of the business, but the owner is now listed as Jarod Aaron.

Aaron recently appeared on the Judge Faith Jenkins show, where he was accused again of ripping off  Antoine Carpenter and his wife. In the end, a surprise witness gave testimony supporting Carpenter’s version of events and even indicated that Aaron used racial epithets, in describing African-Americans.  Judge Jenkins’ ruling is brutal.

One thought on “Scammer Eric Elijah Aaron Convicted of Fraud”