There hasn’t been much of a change in Mr. Stalkers behavior since losing his bid for a restraining order and having one issued against him. But we expected that.  I mean after all we are dealing with a mentally ill individual who in his own mind, seems to believe he is untouchable. 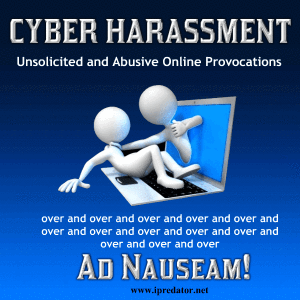 Since the final order was entered, his harassment hasn’t stopped.  In fact he has advanced his harassment to the point where there is currently an active investigation in the works for violations. So what has exactly happened since? Well in late August Mr. Stalker decided to ask the appellate court to re-instate his temporary restraining order that request was denied.

Shortly after having been denied his request to re-instate the temporary restraining order, Mr. Stalker motioned the court to sanction me.  The court…